Joe Biden’s campaign for President is off to a rough start.

And now one picture just came to light that will haunt Biden and ensure Trump wins in 2020.

The only reason Joe Biden is anywhere close to a serious political figure is his stint as Vice President during Obama’s eight year reign.

Prior to that Biden was simply a no-name Senator from the second smallest U.S. state, Delaware.

But working off of Obama’s fame, Biden has become a favorite of the Democrat political establishment.

And despite him being famous simply because of Obama, new information is coming forward showing that Obama isn’t very confident in his former Vice President, even being the one to pressure him not to run in 2016.

That isn’t very surprising considering that Biden was nothing more than a yes man during Obama’s term, doing little on his own.

But it isn’t just Obama’s comments that are causing him problems.

While the media is fawning over Biden, covering him more than any other candidate, the people aren’t showing their support as strongly.

After announcing his campaign, the former Vice President chose Pennsylvania as his first stop on the campaign trail.

And much of the media was covering the event simply by showing the people standing behind him.

But as it turns out, there weren’t many more people at the event outside that, and new pictures from the event show just how small of a crowd he can pull. 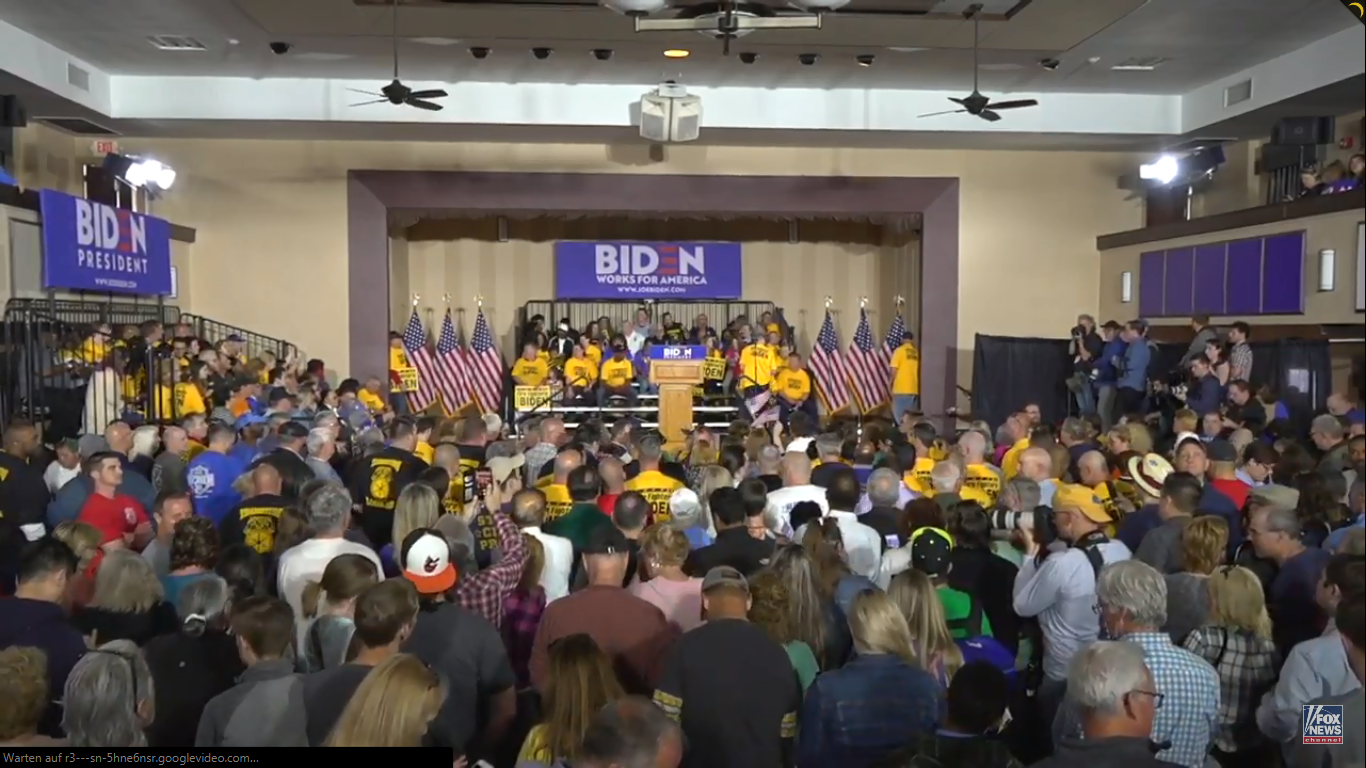 As this shows, the crowd is a small number of people, with none of them holding signs or flags in support of Biden.

This is bad news for Biden and shows that even with him being a former Vice President he can’t gather many people to support him.

Comparing this to any Trump rally, it is clear that the President has a lot more support, especially in Pennsylvania.

This is a shot from an average Trump rally in Pennsylvania. Biden couldn’t even pull a fraction of what Trump can bring to a rally, even on the first stop of his campaign when the media is propping him up as the frontrunner.

Pennsylvania is proving to be a very valuable state, with Trump winning it in 2016, despite the media saying it wasn’t possible for him.

Biden is trying to change that in 2020 by appealing to union members in the state.

But he will be very unlikely to do that with the economy doing so well.

Pennsylvania voters went all out for Trump because he offers something different.

And since his election, he has proven that his policies work, much to the surprise of the political establishment.

So voters in the state now only have more reasons to support the President, and to oppose the political status quo that Biden represents.

If the election were held today, Trump clearly has a major advantage over Biden.

Do you think that Trump will win Pennsylvania again in 2020?

Let us know your thoughts in the comments section below.