The latest crisis could prove to be the most humiliating outrage yet.

And this shocking arrest of one key ally was brutal news for Joe Biden.

Police arrested Deputy Assistant Secretary of the Office of Spent Fuel and Waste Disposition Sam Brinton on charges of stealing luggage – which contained $2,325 in clothing and accessories – from the Minneapolis-St. Paul International Airport on September 16.

The Daily Mail reports that Brinton – who claims he is non-binary – was photographed wearing a dress allegedly obtained from the luggage at a conference in Minneapolis.

Sam Brinton, Deputy Assistant Secretary of the Office of Spent Fuel and Waste Disposition, was photographed wearing a black evening gown with two of the event’s coordinators.

DailyMail.com can reveal that Brinton was in the Twin Cities to attend the Out for Undergrad Engineering Conference. 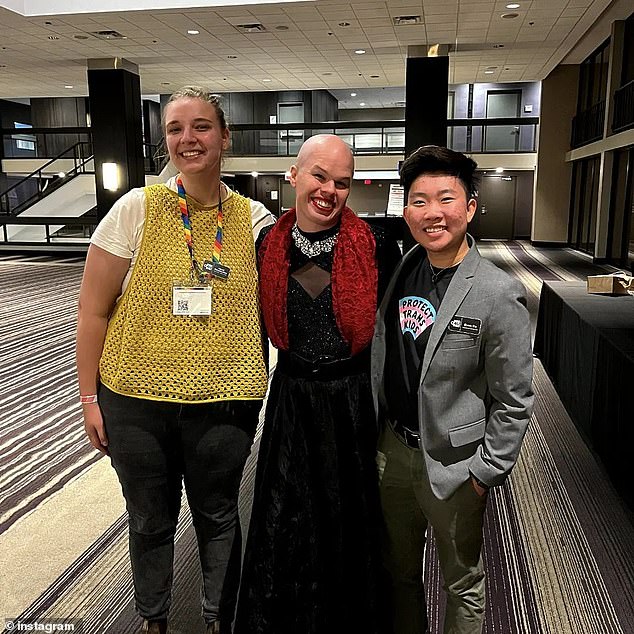 Brinton told police he took the suitcase by accident but later claimed he took it due to being tired.

Brinton allegedly took the suitcase from a woman flying into Minneapolis with her son.

Two days later Brinton flew back to Washington, D.C. with the woman’s suitcase.

Brinton then traveled to Europe with the suitcase.

A Minneapolis police officer asked Brinton if he had a suitcase that did not belong to him at which point Brinton answered, “Not that I know of.”

An hour later Brinton got back into contact with police and admitted he did take the suitcase but blamed it on excessive tiredness.

The Department of Energy released a statement saying Brinton was placed on a leave of absence.

“Sam Brinton is on leave from DOE, and Dr. Kim Petry is performing the duties of Deputy Assistant Secretary of Spent Fuel and Waste Disposition,” the statement read.

Brinton is one of Biden’s most controversial nominees.

Many Americans cannot understand why Democrats claim to be feminists that support women’s rights when they also celebrate men like Brinton and HHS official Richard Levine pretending to be women.

The woke agenda is off-putting to many Americans that cannot understand how Democrats can claim to be the party of science yet claim gender is just a construct that individuals are free to change like it was a pair of socks.

Black Eye Politics will keep you up to date on any new developments in this ongoing story and the rest of the breaking news in politics, please bookmark our site, consider making us your homepage and forward our content with your friends on social media and email.